To dine at Windsor Castle

We are delighted to announce that we are allowed once again to invite our members to attend another very special evening to dine within the portals of Windsor Castle. With fine food in historic surroundings for an experience to meet others in a unique environment. You will also be permitted to attend Evensong within the Choir of St. George’s Chapel and to sit in the seats of the Order of the Garter.  You can then walk up to the battlements and see down across the town, then to dine within the old Vicar’s Hall with a superb meal

The full programme will be:

17.30  Attend Evensong in St George’s Chapel. Sit in the seats of the Knights of the Garter.

19.30   A three course dinner within the Vicar’s Hall with wine and coffee. 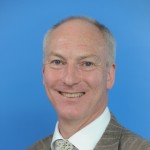 With the main Olympics in Tokyo still fresh in our minds, and the Paralympics still underway, GB, and particularly England, have collected a wealth of medals. Not bad for a relatively small country. But how did we achieve this?

Tonight, our speaker is a man who has the inside story. We are delighted to welcome Steve Baddeley.

Steve is a former professional badminton player, winning numerous titles in a career running from 1982 to 1990. He was capped a record 143 times and won both the European and Commonwealth men’s singles titles, as well as three further Commonwealth Gold medals in the team competition.

But in 2004 - 2008 he became Director of National Sport at Sport England, including 14 months as Interim Chief Executive. During his time there he led the implementation of four-year business plans in priority sports and the development of strategies for the modernisation of key national governing body (NGB) structures. He provided the strategic lead for sports development policies linking schools, clubs and communities, as well as the infrastructure for coaching and volunteer development, ensuring the effective progression of sporting talent to the highest levels.

In 2010 Steve joined the University of Bath as its Director of Sport, a position he still enjoys today. His Department delivers a wide range of sporting opportunities to students, members of the community and high-performance athletes. In addition he still remains as Chairman of GB Badminton as well as a LTA Councillor.

You will enter via Henry VIII’s gate and go onto the parade ground.  This is in front of the main entrance to George’s Chapel.  You will then be given access through the private area of Tudor housing to the Vicar’s Hall.  A part that is not open to the general public.

Built in the year of the battle of Agincourt in 1415, Vicar’s Hall is steeped in history. At the Garter Feast held on April 23rd, 1597 a certain playwright and his Queen met in this room to see a play that was about her father and his six wives.  The Queen was of course Elizabeth the first and the playwright was a certain William Shakespeare.  The high vaulted ceiling and the environment provides a unique glimpse into times gone past.

The costs are as follows (for members and their guests only)

Dress: Black Tie (or dark lounge suits if that is more convenient). Ladies long or short dresses (or formal trousers if preferred).

Booking Fee (all prices include VAT)

Please login to register for this event